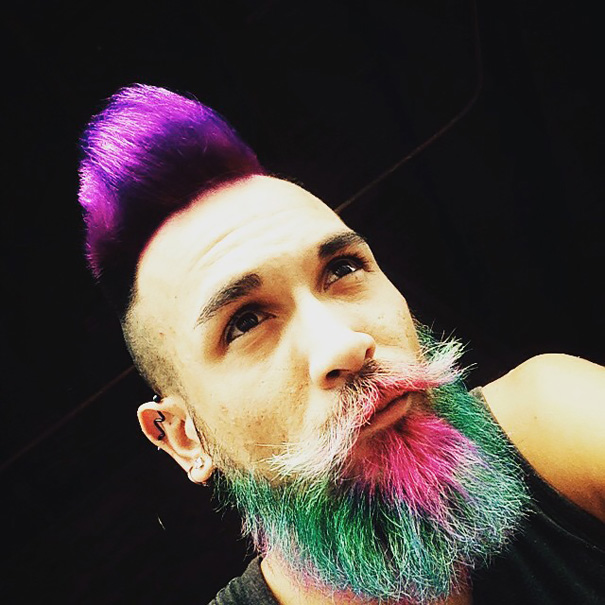 The mermaid hair trend has been popular for quite some time now. Women have been dyeing their hair all sorts of pastel colors in order to achieve an ethereal, almost mythical appearance.  Recently, men have been jumping on the bandwagon as well, dyeing their hair blues, greens, pinks, and purples in what is now being dubbed the “merman trend”.

It’s not just the hair on top of their heads that men are dyeing either. The merman tend has somehow combined with the lumberjack trend to create the unique appearance of long, bushy, pastel beards, which is really the perfect combination of hard and soft aesthetics.

Some critics have referred to this trend as a ridiculous short-lived fad, but others have called it majestic and beautiful. It’s hard to say whether merman hair will be a long lasting trend or hardly expand beyond a hashtag on Instagram; all we know for certain is that it’s definitely something to marvel at. After all, the world is more fun with a little color.